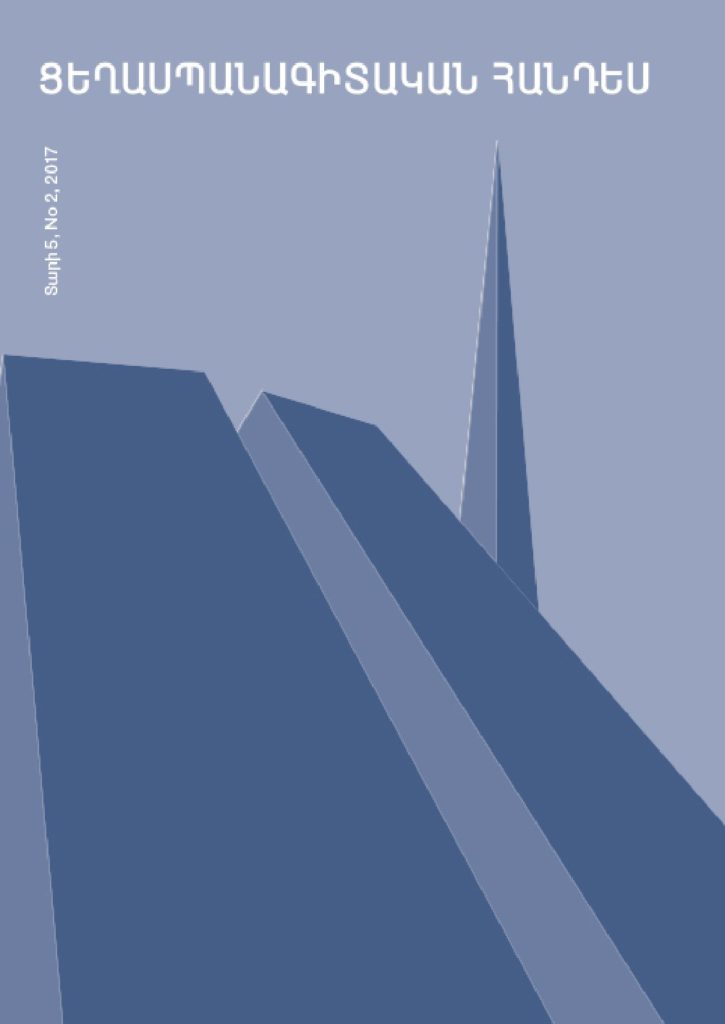 The Ittihadist Jihad and the Armenian Genocide: Consequences of Jihad for the Christians

The phenomenon of Dehumanization in Genocide Implementation

Abstract
Dehumanization is a crucial factor in the implementation of genocides. The targeted deprivation of the victim group from the human features is the eradication of existing moral limitations to human killing. In the result of dehumanization, the victims lose human characteristics, personality, and begin to be perceived as animals (monkeys, rats, dogs), insects (leeches, cockroaches) or harmful and dangerous objects (virus, bacilli, bacterium, parasite, cancer).
At the next stage of toxification, victims begin to be identified not only as non-human beings but also threats, deserving of “cleaning”, destruction and killing.

Abstract
The article presents the formation of an orphan rescue mission during the years of the Armenian Genocide, which is almost uninvestigated phenomenon in the Armenian historiography. The article discusses the reasons of emergence of the rescue mission, territorial and chronological issues, as well as organizational activities of the Mission. The goal of the orphan rescue work was to liberate the Armenian children held in the Muslim captivity, as well as to rescue from death the parentless, orphaned, children living in the uninhabited places.

Unpublished Documents about the Massacre of Antioch (Antakya) Armenians in 1909, Part B

Abstract
Eleven previously unpublished documents concerning the massacre of Armenians of Antioch district in 1909 are presented in this article. They are written mostly by the priests sent to the city after the disaster and describe the slaughter and destruction that took place there, address the situation in the city after the massacres, speak of the extreme misery, condition of orphans and widows, orphanages, collection of orphans by foreign institutions, allocation of aid, ceasing of state assistance for survivors, the biased and uncertain processes by the military courts, the release of the criminals and other related issues. A separate list of the massacred Armenians of Antioch, with the names of the crime places and of the murderers is also given.
These documents put into scientific circulation for the first time cast a new light on the events and not only enrich our knowledge of the history of the Armenians of Antioch, but also contribute to the obtaining of more complete picture of the Cilician massacres.
The documents are accompanied with general introduction and notes.

Raphael Lemkin's Genocide Studies with the Interpretation of Denialists

Abstract
The importance of the fact of the Armenian Genocide in Rafael Lemkin’s scientific activity is of great concern to the denialists. Therefore, Turkey, through its denying policy, is trying to present arguments to falsify the historical fact of the Armenian Genocide by denialist researchers distorting R. Lemkin’s activities. Throughout the article, the whole bankruptcy of denialist fraud attempts is revealed.

Keywords: Armenian Genocide, Raphael Lemkin, denialism, Turkish propaganda, false arguments, the concept of genocide, The Convention on the Prevention and Punishment of the Crime of Genocide.

Abstract
The article refers to the organization of the educational system of Sanasarian College in Karin; a region in Western Armenia, the system of organization, development peculiarities and the causes of the decline.
The article presents and analyzes the successes and achievements of Sanasarian College and highlights the importance of the educational life in Western Armenia.

Abstract
The article concerns the events in the Ottoman Empire dedicated to the 1500th anniversary of the Armenian alphabet and the 400th anniversary of the Armenian printing. Almost a century ago, Armenians celebrated these jubilees with great enthusiasm both in Constantinople and in the provinces of Western Armenia. These religious and literary events, characterizing the development of Armenian civilization, gave a new impetus to the preservation of national traditions and the redefinition of identity.