Dear reader! From now on, the International Journal of Armenian Genocide Studies is available on the new website. 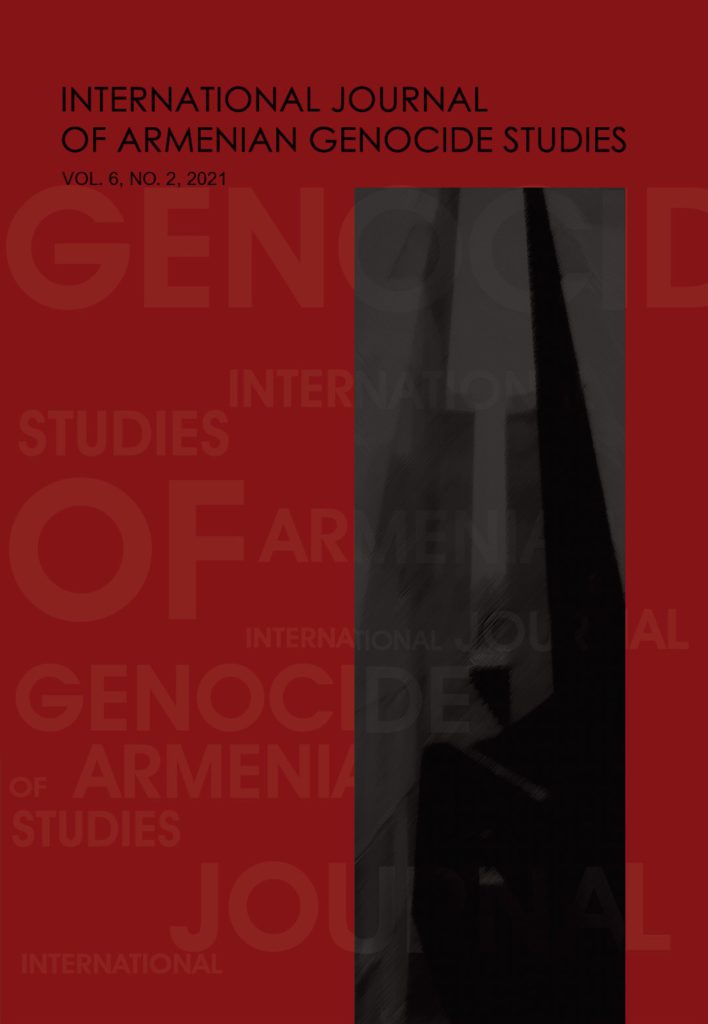 Historical Analogy and Political Continuity as Technologies of Power. The Armenian Genocide and Nagorno-Karabakh Conflict Interrelation in the Contemporary Armenian Politics

Bartłomiej KrzysztanBartłomiej Krzysztan, Ph.D. is an assistant professor at the Institute of Political Studies of Polish Academy of Sciences. Graduate of Political Sciences at Université Libre de Bruxelles and Political Science and Cultural Studies at the University of Wrocław. His research interests include political anthropology, political and cultural memory, post-colonialism, ethnic and national identities, especially in the South Caucasus region.
Email: bkrzysztan@isppan.waw.pl
Pages 6-39

Abstract
Analyses of the transformation and political change in Armenia pays noticeable attention to the dominant role of discourses of the Armenian Genocide and the conflict over Nagorno-Karabakh for nation and state-building processes. At the same time, the two issues usually are investigated separately. Attempts are rarely made to interpret the interrelation and connection between the two narratives. Nevertheless, the trauma-based discourse of memory is linking the two narratives as technology of power through discursive structures/mechanisms of analogy and continuity. Methods of discourse analysis combined with expert interviews, internet questionnaires and ethnographic field research aim to analyse the crucial discursive patterns and mechanisms. Hypothetically, instrumentalized and ideological usage of combined narratives are impacting the political changes, in Post-Soviet Armenia. The article touches upon only one aspect of the discursive interrelation between the Armenian Genocide and the Nagorno-Karabakh issue. Thus, the subject under the question is the impact of theusage of historical analogy and the idea of continuity understand as technologies on contemporary Armenian politics of memory.

Abstract
The main objective of the article is to discuss whether food procurement methods during the Armenian Genocide could be considered as unarmed resistance. For this purpose, the first part of the article touched upon some scientific questions and the formation of the concept of unarmed resistance in the context of the Holocaust.
Such scientific interest was inspired by the fact that though there had been instances of armed resistance during the Armenian Genocide, fights in self-defense, including those with victorious outcomes, as in Van, nonetheless there existed an opinion that the Armenians were to be blamed, to some extent, to have been “slaughtered like sheep,” i.e. without resistance. For that very reason, the purpose of this article was to offer a scholarly assessment of the concept of “resistance” by suggesting its subcategories as subjects for separate research. Indeed, it is impossible to cover all the viewpoints on the problem and all the forms of resistance within one article; however, this article was an attempt to formulate new queries.
In the second section of the article, an attempt is made to group food procurement methods during the Armenian Genocide and consider them in the context of the concept of unarmed resistance. Special attention is paid to the experiences of children, trying also to identify the types of activities that the social groups were involved in and the extent of involvement. Food acquisition methods that were part of the daily life during the Armenian Genocide are discussed as expressions of conscious and unconscious struggle against the genocidal policy of condemning people to starvation.
The article is based on published memoires and oral histories of the Armenian Genocide survivors.1 Although food procurement methods were diverse, the article offers the most common forms: feeding on wild grass, collecting fruits, berries, and nuts, begging, often referred to by the survivors as life and death struggle.

“Everything is Connected to the Genocide.” Intergenerational Memory, Diaspora Mobilization, and Armenian Youth Identities in Jerusalem

Lance LevensonLance Levenson is a doctoral student in the Seymour Fox School of Education at The Hebrew University of Jerusalem, Israel. His research interests lie in sociology and anthropology of education, international education, nationalism and identity, genocide and intergenerational memory, and the education of ethnic and religious minorities. He has conducted extensive ethnographic fieldwork within Jerusalem’s Armenian diaspora community and its school, where he also serves as a teacher for the secondary grades.
Email: lance.levenson@mail.huji.ac.il
Pages 54-73

Abstract
Considering commemorative practices of postmemory, past presencing, and transnational memory, this study considers how Genocide memories and the conflict in Artsakh intersect to shape the performance of diasporic Armenian youth identities in Jerusalem as members of a disempowered minority community. Drawing on ethnographic research in Jerusalem’s Armenian School, participant-observation in community events, and interviews with youth and community leaders, this article documents processes of intergenerational memory transmission within educational and community settings and suggests ways in which inherited narratives of victimization find new expressions via transnational acts of citizenship. As Jerusalem’s multilingual Armenian youth engage in commemorative ceremonies and take protests to the streets in acts of diaspora mobilization, memories are (re) interpreted to construct novel identity narratives tied to an imagined Armenian transnation.

The Local and Global in the Armenian Genocide Memorial

Between The Local and the Global South: Diaspora’s Politics for the Recognition of the Armenian Genocide in Argentina 1965-2015

Juan Pablo ArtinianJuan Pablo Artinian holds a Ph.D. and a master’s degree in History from the State University of New York at Stony Brook. He was awarded a B.A in History, from the University of Buenos Aires. His doctoral dissertation examined the relationship between politics and visual culture during mid-20th century Argentina. He published academic articles on Argentine history and a book on the Armenian Genocide. Artinian attended a seminar on genocides at the University of Toronto and lectures on this topic. He is currently a visiting professor of history at Di Tella University on Genocides and Human Rights.
Pages 90-96

All works in the "International Journal of Armenian Genocide Studies" are licensed under a Creative Commons Attribution-NonCommercial 4.0 International License.