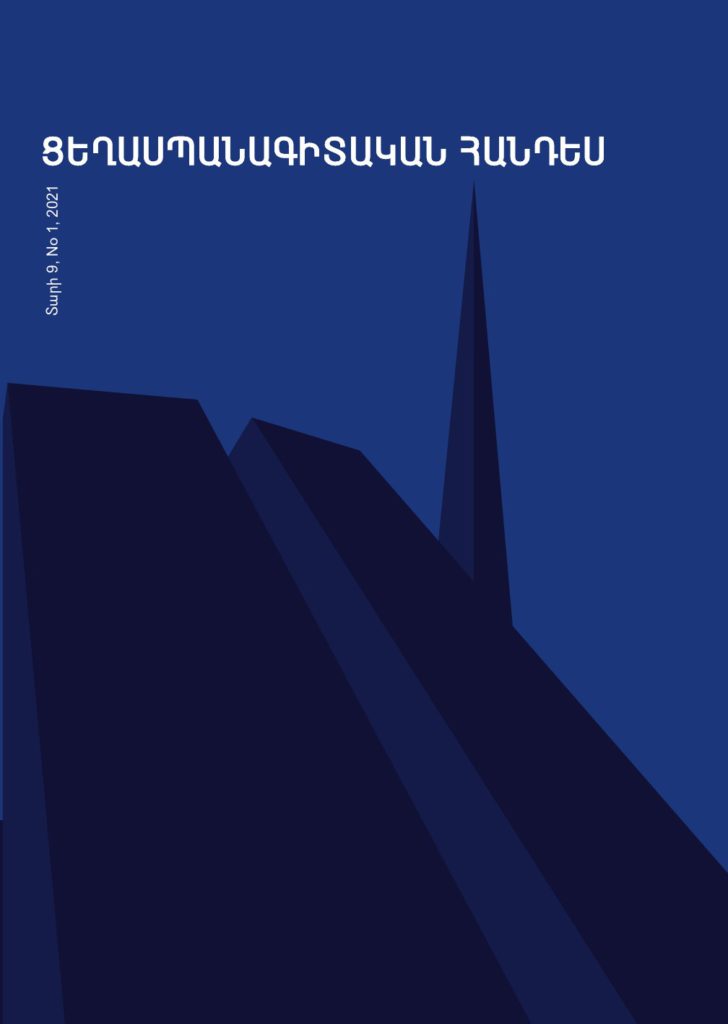 Summary
Friedrich Ratzel (1844-1904), a prominent thinker of political geography, put forward an idea of vital space (Lebensraum) by an analogy between a plant and a state. Developing this idea in the 1890s Ratzel defined the vital space as a precondition for a given state to provide proper living conditions for its population, without which the existence, development and further expansion of the state would be impossible. Although Ratzel’s theory was predominantly attributed to the Nazi regime and German quest for land in the East, the theory of Lebensraum could be localized on the Ottoman Empire and the policy of the Committee of Union and Progress (CUP). Juxtaposing the teachings of Ratzel with the ideological propaganda of the CUP as a ruling party from 1908-1918 and the practical steps taken towards the Turkification of the country, the article argues that the Committee’s political vision was more than just a creation of a Turkish nation-state. The formation and development of the perception of the Asia Minor peninsula and the western part of the Armenian Highlands as a Turkish vital space and the practical steps taken towards the maintenance of this land led to the deliberate destruction of the native Christian populations.
The article will present the theoretical framework of Lebensraum, the development of the idea of “homeland” among the Turkish intellectual elite, the geopolitical and historical context in which “Anatolia” was chosen as a Turkish vital space. Interwoven with Herbert Spencer’s doctrine of social Darwinism, and its main concepts “struggle for survival” and the “survival of the fittest,” Ratzel’s Lebensraum became more comprehensible to political circles, including high-ranking officials of the Committee of Union and Progress.
The paper discusses the preconditions for the selection of an area, methods of its conquest and maintenance. While the physical cleansing of the vital space from the “opponent” or “alien” population is one of the methods for maintenance of Lebensraum. Taking the Armenian Genocide as a clear example of this method, the article discusses only the economic and cultural inner expansions.
The article concludes that the Armenian Genocide was a set of state-planned deliberate measures by the Ottoman government aimed at the physical destruction and full eradication of the Armenians from the Turkish living space and the social and cultural system of the country.

Summary
This article aims at studying the publications about Ittihadists on the pages of the periodical Hay Ashkharh [The Armenian World] for the year of 1919. The Armenian and foreign scholarly circles have not studied this periodical. The article examines the assessments and analyzes of the publication, which present the typical aspects of the Ittihad party and its ideology.
The following main directions, Ittihadists and Armenians, how the Ittihadists and their nationalism were perceived, are discussed in the article. Within the framework of these directions, the publication gives an assessment of Ittihadits’ activities of the time.

Narine V. MargaryanPhD in history, Orientalist, Academic-secretary, Armenian Genocide Museum-Institute Foundation.
Research fields – the plight of Armenian refugees in the Arabic countries of the Middle East after the Armenian Genocide, the process of their social–economic and political integration as well as their relations with local Arab population.
E-mail: narine.margaryan@genocide-museum.am
Pages 58-82

Summary
The article discusses the activities and the main goal of the Armenian Orphans Care Society, which was established in Egypt in 1905 and was reorganized in 1916 – to provide the urgent and necessary assistance to orphans, which survived the massacres and hunger, in particular in Cilicia.
The Society launched its activities through the departments in Cairo and Alexandria and via many branches, commissions, and groups of volunteers. The Orphans’ Care Society cooperated with several international and local Armenian benevolent organizations.
The article describes fundraising activities, lotteries, and the system of donation boxes organized by the Society. The Society spent the entire profit to fund the orphanages in Adana, Ayntap, Anturay, Damascus, and Baghdad–Baquba.
The Orphans’ Care Society played a significant role in orphan gathering activities in Cilicia, accommodating orphans in its orphanages in Adana and Ayntap. The Adana orphanage launched its activities in 1919 at the suggestion of Ruben Heryan, Egypt’s Armenians’ delegate in Syria. The number of orphans was gradually growing and reached 1,300, which created some problems regarding the funding and accommodation of orphans. The article discusses the situation in the orphanage, the issues related to food, education, healthcare, and other daily problems. The orphanage leadership sought to solve those problems by cooperating with Orphans’ Care Society and Armenian National Union, which partly funded the orphanage. After the activation of Kemalists in Cilicia, the Society organized the relocation of 700 orphans from Adana orphanage to Mersin, where AGBU took care of part of the orphans.
Regarding the Ayntap orphanage, the delegate of Cilicia Hakob Aghazarm visited the Ayntap orphanage in August 1919. He established a special caretaker-steering body chaired by Nerses vicar Tavugchyan, while Gevorg Aslanyan was appointed president. Aghazarm personally participated in the first sessions. Shortly after, the director of the Hama orphanage – Ghazaros Ghplikyan, moved to Ayntap with the last remaining orphans and became the director of the new orphanage. The Society would like to keep up to 500 orphans in the orphanage, but it failed to reach that goal due to the political situation. The Ayntap orphanage orphans moved to Jounieh coastal settlement in Lebanon in July 1920. The Society cooperated with the American Relief organization to fund the orphanage. The article describes the educational and artisanship activities of the orphanage. The Society was led by the ideology of national unity, emphasizing the significance of the activities aimed at protecting the Armenian identity of orphans. The Society periodically printed the name lists of the orphans of Adana and Ayntap orphanages in its official “Vorbuni” magazine and names of their parents, their birthplaces, and other information to activate the work to find the relatives of orphans or foster the adoption process. During its activities, the Society saved up to 3,400 orphans; 1,500 were first kept in Cilicia and later relocated to Lebanon.

Summary
In 1920, the operations of Kemalist troops in the Pambak area until the outlined “neutral zone” of the Turkish-Armenian troops were true genocidal action, similar to the genocide implemented by Young Turks in the Western Armenia. Not only had the local residents fell victim to the Turkish sword, but also thousands of exiled from Kars province and refugees from Shirak. The article is largely based on the reproduction of the memories of eyewitnesses and their descendants. Ethnographic research, collection of oral accounts, land clearing works and observations, as well as archival studies have been carried out. The studies demonstrate the process of actions, the forms of organizing the massacres and the pursued goals of the genocidal acts of the Kemalists against the peaceful Armenian population.

Summary
The Orthodox Armenians or so-called Hay Horoms (Armenian Romans) in the late 19th – early 20th centuries were compactly settled in Western Armenia, namely in the villages of Vank, Dzorak, Shrzu and Musheghka in Akn district, in the villages of Mamsa, Sedrka and Khenderkik in Chemishkatsag district, as well as in the village of Hoghus in Kamakh region. Apart from this, the migrants from Akn and Hoghus resided in the villages of Ortakyöy, Khudi and in other places of Izmit province (historical Bithynia). During the Hamidian massacres in 1895-1896 the Orthodox Armenians did not suffer great loss. However, after these events, the process of Hellenization started to strengthen among the Hay Horoms, so that in the early 20th century they were no longer considered as Orthodox Armenians, but Armenian-speaking Greeks. For this reason they avoided the horrors of the Armenian Genocide except the Hoghus village whose habitants left their homeland to avoid being deported. Later the survived villagers immigrated to Greece. In the summer of 1920 the Hay Horoms of the Izmit province, approximately 10,000 people, were perished and their villages were destroyed. As regards the few Orthodox Armenians of Akn and Chemishkatsag regions, according to the Treaty of Lausanne (1923) they emigrated from Turkey to Greece with the Greek population of Asia Minor.