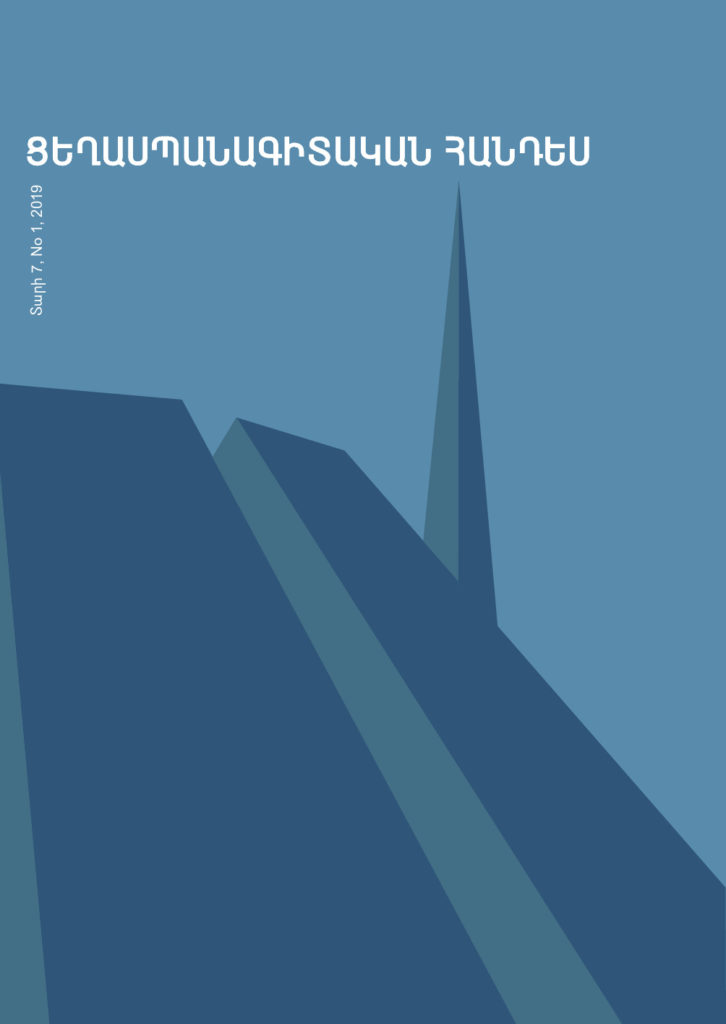 Ways of Food Procurement During the Armenian Genocide as an Manifestation of “Unarmed Resistance”: Children’s Experiences

Hasmik G. GrigoryanPhD in History, cultural anthropologist, researcher at the Department of Contemporary Anthropological Studies, Institute of Archaeology and Ethnography, National Academy of Sciences of Republic of Armenia.
Research fields – the mechanisms of Genocide implementation, perpetrators and victims of Genocide, non-armed resistance during the genocides, post-genocide and post-memory.
E-mail: grigoryanhasmik86@yahoo.com
Pages 9-26

Narine V. MargaryanPhD in history, Orientalist, Academic-secretary, Armenian Genocide Museum Institute Foundation.
Research fields – the plight of Armenian refugees in the Arabic countries of the Middle East after the Armenian Genocide, the process of their social – economic and political integration as well as their relations with local Arab population.
E-mail: narine.margaryan@genocide-museum.am
Pages 27-53

Abstract
During and after the Armenian Genocide many Armenian benevolent, missionary orphanages were opened in different places of the Ottoman Empire to save the remnants of the Armenian people. The Aleppo orphanage has a unique place in the chain of these orphanages. It was one of the few established by the Armenian initiative during the Genocide and continued its uninterrupted activities till 1924.
The paper describes the activities of the orphanage, numbers of orphans, details of educational, financial, healthcare and manufactory spheres. The activities of the caretaker bodies as well as the problems of the orphanage and the ways of their settlement are analyzed. The paper also deals with the political situation of the region, which has had a direct impact on the orphanage. The main sources of the paper are the Bulletin published by the orphanage, the Bulletin prepared by the Armenian National Delegation as well as the memoirs of the orphans and periodicals.

Abstract
During World War I, thousands of Germans were working and serving in the Ottoman Empire, and a part of them witnessed the Armenian Genocide. Mari and Wilhelm Spieckers were in the Ottoman Empire starting from the end of the 19th century, and in 1915 they were working in Aleppo. Eyewitnessing deportation of Armenians they did not keep silence. They were sending reports with descriptions of violence and murders to the Consul of Aleppo. The latter was sending those to the Chancellor of the German Empire emphasizing that the information in these reports is highly credible. Not being satisfied with this, the humanist couple tried personally to be useful to the refugees. They distributed food and soap to them, found money for them, and in some instances saved lives by using the fact of being Germans.

Abstract
Monastic life in the Armenian monasteries of both Van and the whole Western Armenia in the late XIX – early XX century is characterized by a steady decline. This decline was a result of two main factors: 1) periodic attacks and robberies of monasteries by the Kurds (particularly, during the Hamidian massacres in 1895-1896, when almost all active monasteries of Van province were looted and destroyed), 2) gradual secularization of the Armenian population and, correspondingly, a decrease in the number of persons who choose monastic life.
Because of these processes during 1870 – 1910s many of the monasteries of Van-Vaspourakan province were abandoned and left almost unattended.
After the Young Turk Revolution of 1908, the economic situation of the Van monasteries has demonstrated some tendencies of improvement owing to the activities of the Armenian national structures. The gradual revival of monastic life resulted in the increase in the number of monks in some monasteries of Van -Vaspurakan. However, the First World War and the Armenian Genocide put an end to this process.

From the History of Young Turkish Press: A Short Review (Until 1908)

Abstract
The scientific article presents a brief history of the Young Turkish Press (until 1908). Special attention is given to the first segment of this process. The article is devoted to the analysis of the process of the emergence and distribution of the leading young Turkish newspapers of the first period (1890-1908 / 1909).
During this period, newspapers were published outside the Ottoman Empire, mainly in Cairo, France, Switzerland, and other places, because Abdul Hamid’s censorship and persecutions throughout the Ottoman Empire restricted their ideas and political views from freely circulating.

Tehmine R. MartoyanPhD in History, Specialist on International Relations/Oriental Studies (Iranology), Senior Researcher at the Department of Organizing Museum Exhibitions, Armenian Genocide Museum-Institute Foundation.
Research fields – the history of the annihilation of the Armenians and Greeks of Smyrna and the fire of the city, psychological denial of victim, etc.
E-mail: tehminemartoyan@gmail.com
Pages 116-125

Abstract
Researches dealing with the Greek pre-genocidal and genocidal period are written by the Armenian historians Manvel Zulalyan, John Kirakosyan, Hratch Bartikyan, Vahakn Dadryan, Richard Hovhannisyan, Gevorg Kilimjyan, etc.
Gevorg Vardanyan’s monograph “The Greek Population in the Ottoman Empire and the Asia Minor Disaster (1914–1923)” is the first attempt of comprehensive research which presents and analyzes the mass deportations and massacres of the Greeks in the Ottoman Empire from 1914 to 1923.
In 2015 the provisions of the monograph were used during the recognition and formation of the document of the Greek Genocide at the Parliament of the Republic of Armenia.

Telling the Untold: Deportations and Massacres of Trapizon Armenians in the Memoirs of Harutyun Kirakossian

Abstract
In his memoir Harutyun Kirakossian presents his and his family’s experience during the Armenian Genocide. In 1915, at the age of eleven, he walked in the death march, lost his family, and survived by chance. He was one of the few Armenians, who not only survived the Armenian Genocide but also wrote memoirs telling his stories to the future generations.
The memoir was written in 1964, 50 years after the Genocide. Of course, time had influence on how he recalls and represents his story. Nevertheless, this memoir is a very important primary source documenting the Armenian Genocide in general, and the experience of Trapizon Armenians, in particular.