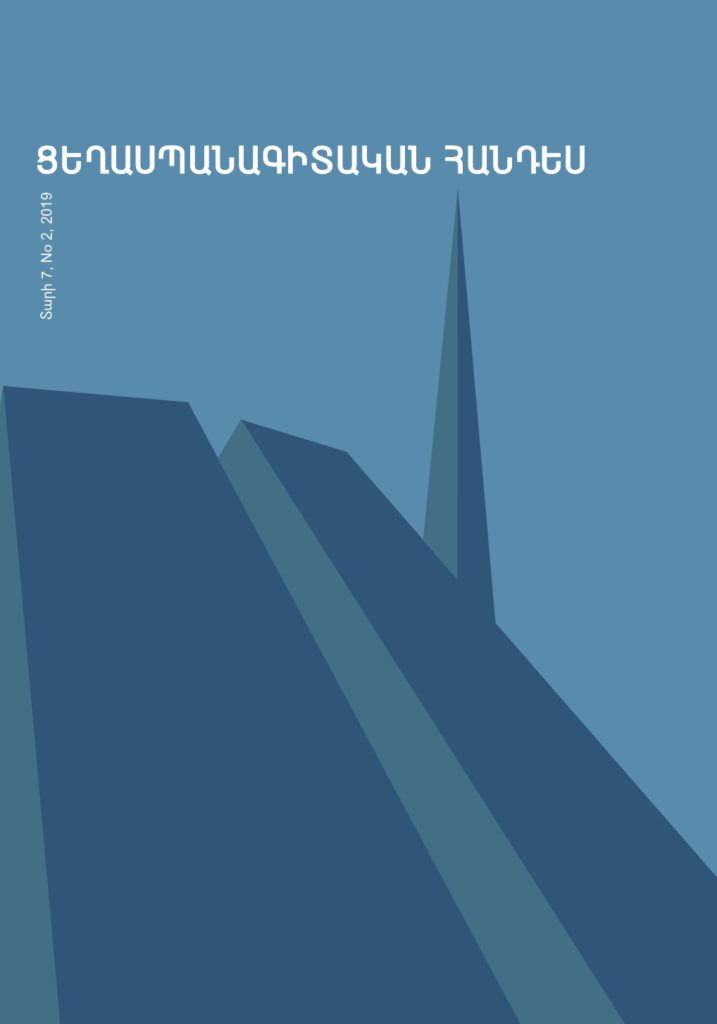 Abstract
Founded in 1889 the “Committee of Union and Progress,” after several internal reconstructions, became the main policymaker of the Ottoman Empire for a decade, laying the foundation of the Republic of Turkey as well.
The activity of the “Committee of Union and Progress” and the Young Turk movement has been a research theme for Soviet, Turkish, Western and Armenian researchers. In those publications, the characteristics that are given to the organization usually go from one extreme to another. The aim of the article is to present the formation of the ideology of the Committee from 1889-1908 by presenting its structural peculiarities. For the solution of this goal, the activity of the Committee in the article is divided by the First Congress of the Ottoman Liberals in 1902, which was a watershed between the old structure of the Committee and its early ideology and a new one.
The article emphasizes the development of the Young Turk nationalism. In particular, it shows that Turkish nationalism, which was a debate topic for historiography, was already a formed ideology in 1908 which was put into motion months after the coup d’état by the Committee. Moreover, the party ideology also encompassed some racial elements. Coming to power in 1908, the Young Turks had to choose not between Turkism and Ottomanism but to single out the methods to implement Turkish nationalism in the still multiethnic empire. Separate ideological aspects of the “Committee of Union and Progress” (racism, elitism, positivism, Islamism) are also discussed.

Abstract
The article presents a brief history of Constantinople’s first Russian-language Young Turk periodical “Stambulʿskie Novosti” (Istanbul News, 1909-1910) and its reflection of Young Turk nationalism. The newspaper was distributed in the Ottoman Empire, Russia, Bulgaria, Western European countries. The editorial staff included prominent Turkish political and public figures, under the editorship of Djelal ed-Din Korkmasov, a prominent representative of the Russian and Caucasian intelligentsia. The periodical was also an attempt at rapprochement of Russian-Turkish relations, the exchange of revolutionary experience, and the dissemination of nationalist views. Although the newspaper was intended to serve the aims of the Russian authorities, it soon became a tool for propagation and dissemination of the Young Turk ideas.
Keywords: “Stambulʿskie Novosti,” Young Turk press, Ahmed Jevad, Djelal ed-Din Korkmasov, Russian-Turkish relationships.
Received on 15.09.2019
Accepted on 12.12.2019

Genocide on the Example of One Settlement: The Destruction of the Village Prkhus in 1915

Abstract
The article presents one of the episodes of the Armenian Genocide: the extermination of Prkhus village of Khlat (Akhlat) sub-district of Bitlis (Baghesh) district of Bitlis province, Western Armenia on May-June, 1915.
The study of process and results of extermination of Prkhus village is especially important with the following specific considerations: 1) it was the largest Armenianpopulated settlement of Khlat province, 2) the destruction of that settlement was carried out in the same pattern as the actions against other Armenian villages of Khlat province, i.e., on the example of Prkhus we can get an idea about the whole process of elimination of the Armenian population of Khlat sub-district.
The testimonies of Armenian Genocide survivors from Prkhus village, and, particularly, Socrat Mkrtchyan’s memoir kept in the archives of the Armenian Genocide Museum-Institute were used as a primary source for this study.

Beyond the Borders of the Ottoman Empire: Annihilation of the Armenian Population in the Iranian Cities Khoy and Salmast (1914-1915)

Tehmine R. MartoyanPhD in History, Specialist on International Relations/ Oriental Studies (Iranology), Senior Researcher at the Department of Organizing Museum Exhibitions, Armenian Genocide Museum-Institute Foundation. Research fields – the history of the annihilation of the Armenians and Greeks of Smyrna and the fire of the city, psychological denial of victim, etc. E-mail: tehminemartoyan@gmail.com

Book review. “Dora Sakayan, They Drive Them Into the Deserts: Clara and Fritz Sigrist-Hilty as Eyewitnesses of the Armenian Genocide 1915-1918)”