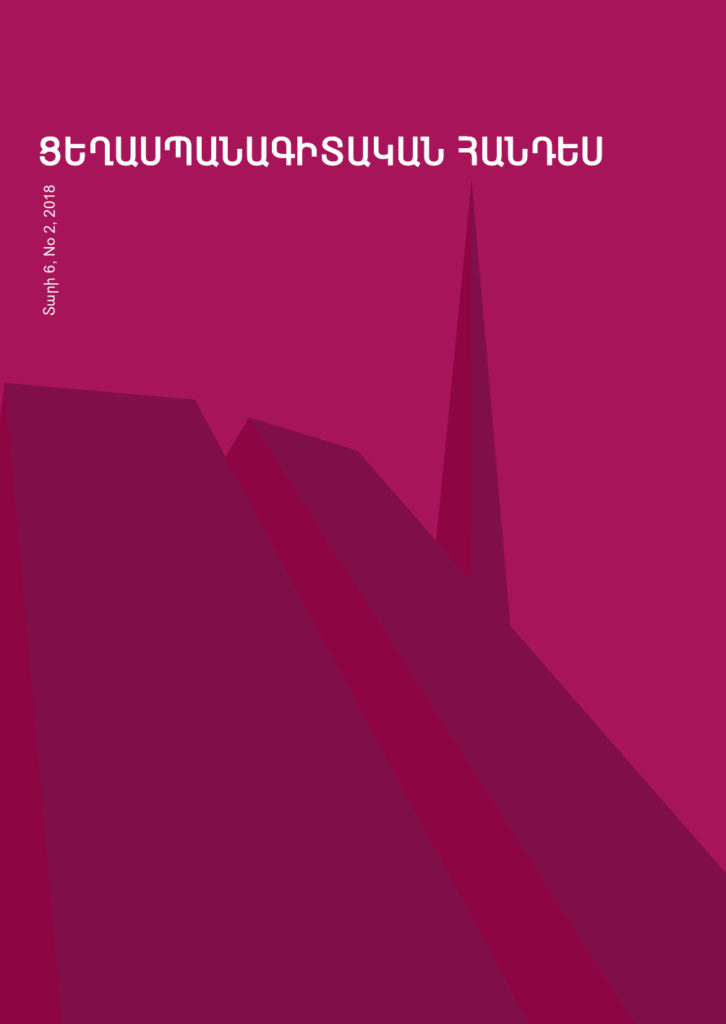 The Hamidian Massacres and the Cilician Armenians (1895-1896)

Abstract
This paper is devoted to the investigation of the anti-Armenian policy of 1895-1896 in Cilicia region of the Ottoman Empire. While current Armenian historiography credits the claim that Cilicia avoided the Hamidian massacres, a thorough investigation of this event reveals another thing yet to be learned. The paper leads the discussion on the topic based on two important and somehow neglected principles. First, the notion of “Historical Cilicia” is not only the Ottoman vilayet of Adana, but also some parts of Aleppo province. Second, the Ottoman anti-Armenian policy is being viewed in terms of both content and patterns of implementation. Based on the information provided by various primary sources, the paper discusses the main elements of the persecutions against the Cilician Armenians, particularly those related to the planning, organization, implementation, and involvement of the state. A detailed analysis of primary and secondary sources proves that from October 1895 to January 1896 the Turkish authorities carried out both killings of the Armenians and plunder of their properties in Adana province, particularly in the villages adjacent to Hadjin. Moreover, the same policy with more intensity was carried out in the towns of Ainteb, Marash and the surrounding villages of Aleppo province. The anti-Armenian policy included different forms of violence, such as killings, forced conversion into Islam, pillage and marked with an active participation of local Ottoman officials, regular army, gendarmerie, criminals released from the prisons, local Muslims irregulars and even tax collectors.
The character and scale of anti-Armenian actions raise concern about the traditional narrative on the events in Cilicia. This article argues that the atrocities against the Armenians in Cilicia, even with some “weak” manifestation in Adana, were identical to those carried out in the whole Ottoman Empire in terms of pursued goals and methods of implementation.

Complicity as Factor for Coherence: On the Issue of Motives of the Kurdish Involvement in the 1894-96 Massacres of Armenians

Abstract
The paper is an attempt to cover the issue of the creation of Hamidian cavalry and the forms, scale, and causes of Kurdish participation in the massacres of Armenians in 1894-96. Using cohesion theories known in criminology and social psychology, an attempt is made to utilize them to explain some new motivations for the involvement of the Kurds in the process of violent settling of the Armenian issue. The role of the Kurds is usually interpreted as being a blind instrument in the hands of the Empire against the Armenian population. This is a prevalent concept not only in Armenian historiography but also in genocide studies. Unquestionably, this has ground, but it probably cannot be an entire explanation for such large-scale Kurdish participation. The Armenian massacres brought tangible and significant benefits for the Kurds, who were personally engaged in the ongoing crime. Furthermore, by encouraging the Kurds in the murder campaign, the Ottoman Empire solved another, crucial purpose. Turning Kurds into a complicity of crime by affiliation with the Turks to a joint project of ethnic cleansing of Western Armenia, Sublime Porte strongly bonded the troublesome, usually disloyal Kurds with the policy and fate of the Empire.

Hasan Celebi: A Station on the Deportation Route of Sebastia

Abstract
The paper examines one of the transitional stations – Hasan Chelebi – used during the deportations of the Armenian population of Sebastia in the context of the Armenian Genocide. Using mainly Armenian archival, press sources, collections of memoirs as well as secondary sources, and by combining them with the information provided by foreign witnesses and the Ottoman documents the paper presents the outline of the main functions and the sequence of the transitional station, the behavior of the victim and perpetrator groups and the implemented actions. Based on the systematic nature of the actions the paper reveals the main mission of the station, which is the extermination of the male population of Sebastia vilayet and the surrounding areas. The Kurdish population of the surrounding areas of Hasan Chelebi took part in the extermination and looting. The presence of the foreign witness Mary Graffam in the deportation caravan had a somewhat restraining influence. The testimonies of the survivors demonstrate that the actions undertaken at the station were implemented under the instructions of the higher political and religious authorities.

Abstract
The article presents and compares the means and methods used to carry out the Armenian Genocide and the Jewish Holocaust. All social groups, involved in the genocidal process, are presented separately. Among them the society, whose involvement has enabled the authorities to save their own forces and hide the genocidal act under the guise of national clashes. It is noteworthy that in the case of both genocides, regardless of the motives, there was a huge support coming from different nations to the Turkish and Nazi authorities. In the case of Jews there was also a support coming from the states.
The next group presented was the army, whose participation was crucial in the process of disarmament and recruitment of the Armenian able-bodied men, as well as in searching for Jews during the Holocaust. There was a one comprehensive system that included several military or semi-militarized structures connected to each other.
The role of police was presented as being a law defender himself, violated the laws and used that same law to justify its actions. It was evident that a complex and interconnected system was functioning during the both genocides. Also criminals released from the prisons, on the one hand, filled up the ranks of the paramilitary institutions, and on the other, carried out the killings more easily and with experience. Another important feature here was that the armed forces would be free from the problems of the Armenian and Jewish population and would concentrate all their forces on the war.
The focus of the article is on secret organizations (Teşkilat-i Mahsusa and Nazi SS) that became the main perpetrators of the two genocides and not only supported but also took the main responsibility of the implementation of the genocidal program.