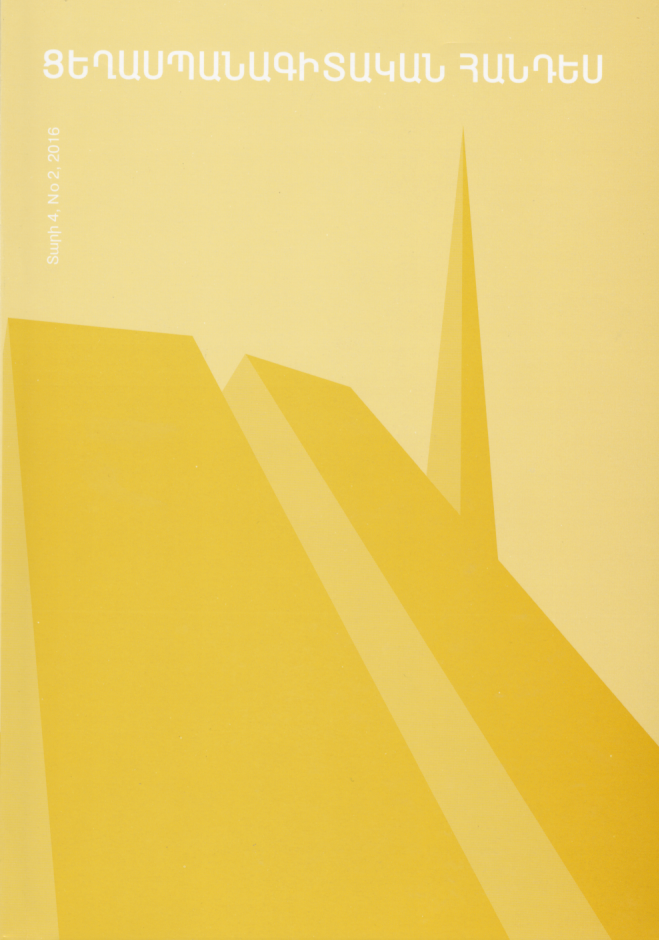 The Coverage of 1894 Sassoun Massacre in Eastern Armenian Press

Abstract
The current paper studies the responses of Sassoun massacre of 1894 in Eastern Armenian press. For this purpose the publications of “Mshak,” “Murj,” “Nor Dar,” and «Ardzagank» periodicals are observed, which occupied an important place in Eastern Armenian reality. The article analyzes the factual materials published in the above mentioned newspapers related to Sassoun Massacre. The perception of Great Powers’ policy in Eastern Armenian press is also analyzed.

At the Roots of Turkish Nationalism: Young Ottomans

Abstract
The organization of the Young Ottomans (New Ottomans), founded in 1865, was the first modern movement of the Ottoman political elite. The Young Ottomans were those who formulated the concepts of “nation” and “fatherland”, which after certain modification formed the basis of the Turkish nationalism. They had a huge impact on the constitutional movement in the Ottoman Empire and on the content of the constitution declared in 1876. The basic points of Young Ottoman ideology were keeping the integrity of the Ottoman Empire at any cost, the concepts of the purity of the Turkish language, the indigeneity of Turkish race, considering the Christian minorities as the main reason for foreign negative interference. These concepts, which were later adopted by Young Turks, had destructive consequences for the Christians of the Empire.
Keywords: Young Ottomans, press, vatan, nation, Tanzimat, Christian minorities, Young Turks.

Ritualization of Violence and Murders during the Armenian Genocide

Abstract
This study is about the ritualization of violence and murders during the Armenian Genocide. Ritualization is regarded as one of the most vivid components of the religious factor of the Armenian Genocide. The key points to which reference is made are as follows: the outbursts of barbarism towards Armenian Clergy, the ritualization of violence, ritual murders, the cross during the Armenian Genocide (insults against the cross, crucifixion of the Armenians), speculation of the name of Jesus Christ, religious oaths, insults and appeals, labelings, acts of vandalism against Christian religious sites and shrines. Separate attention is put on the reaction of persecuted Armenians in the form of ritual acts, particularly – the phenomenon of imitation of the Sacrament of Holy Communion.

Raphael Lemkin Observations on the Subsection «Intent to Kill - Who is Guilty?” of “Turkish Massacre of Armenians - Book-Length Manuscript”

Abstract
The article considers the subsection “Intent to kill- Who is guilty?” of Raphael Lemkin’s “Turkish Massacre of Armenians – Book-Length Manuscript”, dedicated to the topic of the Armenian Genocide, in which the author reveals interesting remarks on the causes of the Armenian genocide, and indicates those, who are responsible for this crime. The reasons for committing genocide Lemkin determines the objectives of the authorities of the Ottoman Empire, which included the extermination of the non-Muslim Armenians of the Ottoman Empire as well as flexible usage of the foreign political circumstances. Lemkin indicates that the Armenian genocide occurred in circumstances of the complicity and support of Germany.

Abstract
This article presents materials concerning the situation of the Armenians of the town of Aintab during the massacre in Cilicia in 1909. In particular, attempts were being made to organize a general massacre in Aintab, following the example of the massacre in Adana. After assessing the losses of the Armenians in Aintab in 1909, four previously unpublished documents from Aintab are presented, depicting the events that took place in these days: the atmosphere of fear and horror prevalent among the local Armenians, measures taken to prevent large-scale massacres, etc.
Documents are provided with relevant references.

Abstract
The paper studies memoirs of Berberian family “On the border of life and death: survivors of slaughterhouse (1915-1923)”, which is stored in the archives of Armenian Genocide Museum-Institute. Based on the massacres of the Armenian population of Boghazlian, the memoirs represent the phases and entire process of the Armenian Genocide. The memoirs are composed of different stories, which illustrate the policy of Boghazlian’s kaymakam Mehmet Kemal, as a representative of Turkish government, the behavior of local Turkish population, as well as acts of suicide and rescue of the Armenians’ and later orphan retrieve operation carried by the survivors of Boghazlian.

Abstract
The article presents memoirs of Arakel Chakirian, an Armenian delegate of the Armenian-Greek Section established by the British High Commission in Constantinople in 1919, published in the Orient News newspaper by the decision of the Section. The publication is about the difficulties faced during the collection of the forcibly Islamized and hidden Armenians from the Muslim homes and institutions, bringing them back to their national identity, and also the difficulties created by the Turksih authorities during the implementation thereof. The article also dwelled upon the Neutral House, based on the materials of the League of Nations Archives.