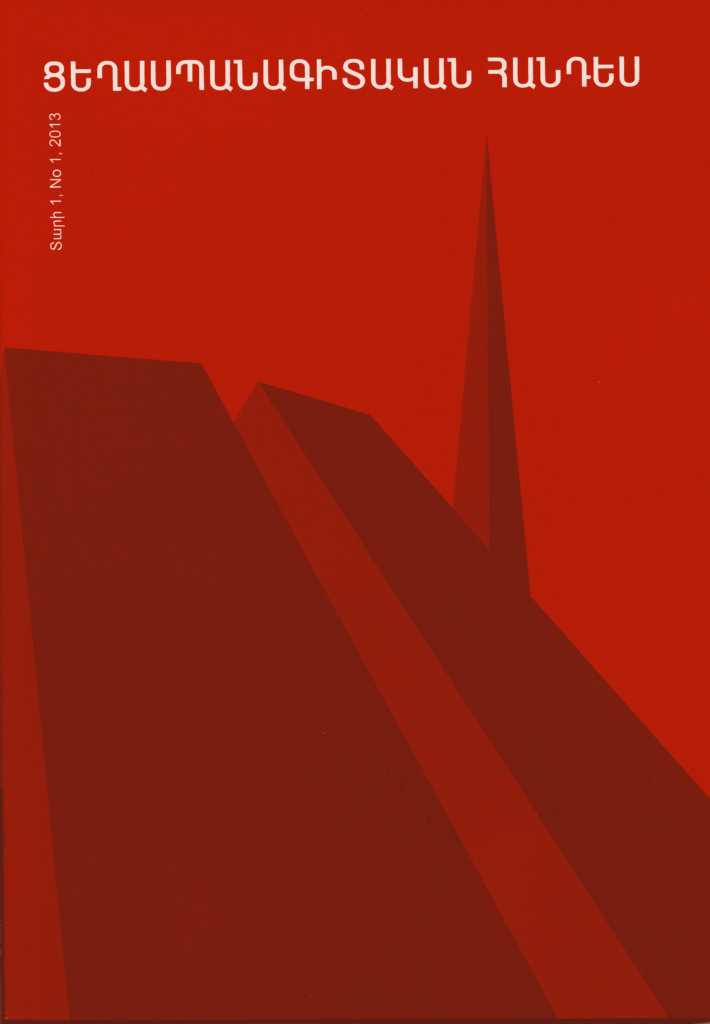 The Social Activities of the Armenian women in Cilicia after 1909 Massacres. (e.g of Z. Esayan and A. Teodik)

Abstract
After 1909 massacres the Ottoman Armenians did their best to help those who suffered during Adana massacres. The Armenian women were also involved in the relief mission to
help orphans, widows and prisoners. Many witnesses published voluminous works, articles trying to assess the situation and to find out real organizers and causes of the massacres. In this respect, the works of Zabel Esayan and Arshakuhi Teodik present very important sources as an eyewitness account. The authors referred the Western Armenian women, who played an active role in supporting Cilician Armenians after the disaster. Armenian female activists gave their own appreciation of the situation in their works, memoirs and letters.

Demographic Changes After 1909 Massacres in Adana and Aleppo Vilayets

Abstract
The article reveals the main features of population changes after Cilician massacres of 1909. After these massacres the number of Armenian population in the provinces of Adana and Aleppo decreased drastically. The Adana massacres resulted in:
1. mass killings,
2. deaths from starvation and illness
3. cases of forced conversion to Islam,
4. absolute loss of the Armenian population in some settlements with former large number of Armenians
5. Immigration.

Abstract
The Italian diplomats, who eyewitnessed the massacres of the Armenian population in the provinces of Adana and Aleppo in April of 1909, have passed very notable information to the Italian government. In their telegrams and diplomatic dispatches they have clearly emphasized the fact that the Armenian massacres had been organized and implemented by the Young Turkish government. These documents mostly unknown to the researchers until recently. Now by putting these documents into circulation, we’re sure that they will strongly contribute to the comprehensive study of the problem.

Psychological Causes and Consequences of 1909 Massacres in Adana and Aleppo Vilayets: Preliminary Analysis

The Political Management of The Massacres In Cilicia

Abstract
In the beginning of XX century the difference between retarded Moslem and modernized, innovative Armenian communities was clearly visible. This gap brought envy and hatred against the Armenians and became one of the reasons of 1909 Adana massacres. For centuries, the Turks perceived Armenians as subjugated, second-class citizens, who created goods and treasures for the Empire. However after the proclamation of 1908 Constitution this superior inferior division de jure disappeared and the existence of Armenians and other non-Turkish nations became “useless”. As long as Armenians accepted their old status and avoided claiming for equality with Muslims they could hope to remain secure and safe. The spread of capitalism, modernization, and reimplementation of the Constitution opened up new opportunities for Armenians. Possible change of public status reasoned violence.

Reports on the Massacres in Adana by Austro-Hungarian Newspapers

Orphan Care after 1909 Massacres in Provinces of Adana and Aleppo

Abstract
Coup d’etat of Young Turks in 1908 raised a wave of hope among the subjected nations of the Ottoman Empire including Armenians who suffered the most during the reign of Sultan Abdul Hamid known as “Red Sultan”. But the Cilicia massacres in April 1909, when 30.000 Armenians were killed, made them to rethink their expectations.
As a result many Armenian children became orphans. Unlike the Armenian massacres of 1894-1896 Ottoman government allowed Armenians to launch relief work. Furthermore, it allocated some money for this work and opened several state orphanages.
This article presents Armenian relief activities after the Adana massacres in 1909.

Abstract
Numerous facts testify that during the Hamidian massacres of 1894-1896, and the Adana massacres of 1909, as well as during the Armenian Genocide (1915-1923) massacres were accompanied by the destruction of the Armenian cultural monuments, values; namely, the demolition of schools and historical-architectural monuments, which completely fits with the description of the cultural genocide. This article observes the methods of the destruction of the educational-cultural and religious buildings in Adana and its consequences. During the 1909 massacres the Turkish perpetrators saw the Armenian religious-cultural buildings as appropriate places for implementing their genocidal action, which though uncontrollable, yet included certain ceremonial, religious and ritual elements and by targeting them, the Turkish perpetrators also aimed to disgrace the Armenian religious-cultural establishments.

The Poetics of Violence in Literary Responses to the Adana Massacres

The 1909 massacres of Cilicia in the French historiography (brief observations)

The Massacre of Adana and the Losses of the Armenian Evangelics

Abstract
This article shows the losses of the Armenian evangelics as a consequence of Adana massacres. The author presents the details of the Adana massacres, human and material losses, the pain and grief of the Armenian people; he exhorts not to be naive in essential national questions, on the contrary always to be realistic and long-sighted, reasonable and wise. The author advises to ask for help from the foreigners, but not to expect a salvation and to acquire rights by own means; to be united and to have will, to evaluate the present and to step towards the future with unshakable belief.

Abstract
1909 Adana massacres during which more than 30 thousand Armenians fell victim were organized and perpetrated by the central government of Young Turks. During the massacres the arsenals were opened and the crowd was armed by the instruction of the government. The second carnage which happened under the pretext of the establishment of a “law and order” was committed by the assistance of the Liberation army, which itself confirmed the direct involvement of the government in the organization of the massacres.
Thus, the constitutional liberation army committed Adana massacres by the order of the central government.

The Adana Massacre and the People’s Historical Memory

Cilicia 1909. Was it possible to foresee the threat of Genocide?

Abstract
The article tries to find an answer to the important question whether the massacre of Cilicia could have played a decisive role in the prevision of the Genocide in 1915. Several important circumstances such as the initial perception of the massacres, the questions put forward and the probability of being a prelude to the Genocide in 1915, have been taken under investigation.

The Massacres of Adana