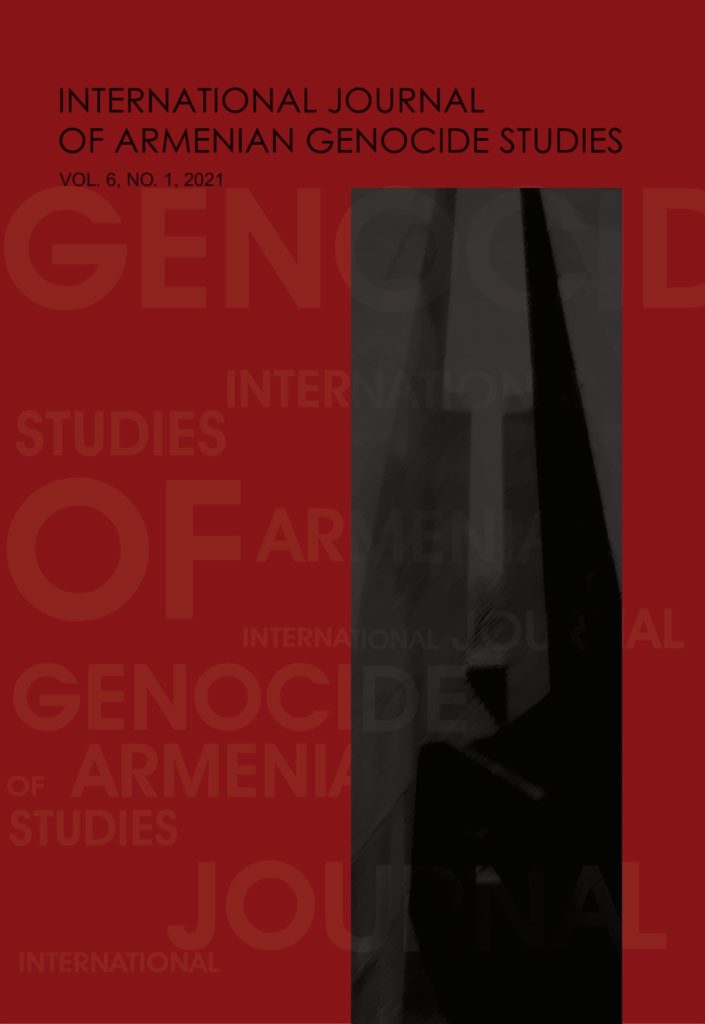 Robert TatoyanDr. Robert Tatoyan is a senior researcher at the Armenian Genocide Museum-Institute Foundation, Yerevan, Armenia. His research interests include the issues of demography of the Armenian population in the Ottoman Empire on the eve of the Armenian Genocide, particularly the analysis of statistical sources for that period.
He has authored numerous publications on the subject including the monograph “The Question of Western Armenian Population Number in 1878-1914,” (in Armenian) published in 2015 (for the complete list of publications visit: https://independent.academia.edu/RobertTatoyan).
Email: r.tatoyan@genocide-museum.am
Pages 7-31

Diana Apcar’s Search for an Armenian Protectorate: Hope and Disappointment

Meline MesropyanDr. Meline Mesropyan is a GSICS Fellow at Graduate School of International Cultural Studies, Tohoku University. She is a graduate (March 2019) of Tohoku University’s Graduate School of International Cultural Studies in Sendai, Japan. She has spent the last 6 years as a masters and PhD student researching the life and work of Diana Apcar. Her PhD dissertation, written in Japanese and making extensive use of Japanese archival data, dealt with the Japanese government’s processing of Armenian refugees during the Armenian Genocide and WWI and Diana Apcar’s role in this.
Email: melka5mes@gmail.com
Pages 33-47

Abstract
This article studies Diana Agabeg Apcar’s (1859-1937) perspective regarding the proposed American mandate over genocide-ravaged Armenia. It touches on aspects of historical empathy that are important in assessing the true nature of historical events. Through examining Diana Apcar’s correspondence with different individuals such as David Starr Jordan, Thomas J. Edmonds, Charles Albert Gobat as well as her articles related to this topic, this article aims to reveal the attitudes, opinions and mindset of this Armenian historical figure regarding the mandate issue.

Halide Edip and the Turkification of Armenian Children: Enigmas, Problems and Questions

Abstract
It is a well-known fact that the Islamisation of Christian children in the Ottoman Empire has a long history. In the great majority of cases Islamisation was carried out forcibly, accompanied by the erasure of a child’s ethnic-religious identity for those who remembered it and totally hiding their ethnic roots and religious affiliation from those who didn’t. The whole process of cultivating a new identity and character was a matter of time and of contested methods.
This article identifies a problem area, raising questions and analyzing the role of Turkish intellectual Halidé Edip in the state policy of Turkification of Armenian children at the Antoura orphanage during the Armenian Genocide. It draws comparisons between the three memoirs of Armenian orphans from that orphanage that are known to date, those of Garnik Banean (Karnig Panian as written in his English language memoir), Harutyun Alboyajyan, and Melgon Petrosean and that written by Halidé Edip. As a result, certain essential differences, ploys, as well as facts disguised by Edip have been collected and presented in this article. Therefore, the research carried out identifies the problems areas relating to various aspects of the Antoura orphanage by raising new questions, offering explanations and new approaches as well as highlighting issues that need to be researched further.

Acknowledgment: The work was supported by the Science Committee of RA, in the frames of the research project № 19YR-6F036.

“On the High Seas with no Place to Land”: The Smyrnaean Inferno and Humanitarian Aid to Armenian and Greek Refugees from Turkey (1922-1923)

Joceline ChabotJoceline Chabot is a full professor of history in the Department of History and Geography (Moncton University, Canada). Her current research focuses on humanitarian and socio-health aid to Armenian and Greek refugees in Asia Minor after WWI.
Email: joceline.chabot@umoncton.ca, Sylvia KasparianSylvia Kasparian is a full professor of Linguistics in the Department of French Studies and Director of the Textual Data Analysis Laboratory at the University of Moncton (Canada). Her main research focuses on representations in the media, in particular representations of the Armenian Genocide from press corpus and testimonial literature (survivors and humanitarian and health workers).
Email: sylvia.kasparian@umoncton.ca
Pages 81-91

Abstract
In September 1922, the great fire of Smyrna drove more than 200,000 Armenian and Greek refugees to the wharves of that port city. They had fled to Smyrna to escape the massacres perpetrated by Turkish nationalist troops and now urgently needed humanitarian aid to relocate them to safety in Greece. In this article we examine the actions and the roles of humanitarian workers of the Near East Relief (NER) and the American Women’s Hospitals (AMH) working in Greece among these refugees deported from Smyrna. We highlight the central role of women doctors and nurses in their humanitarian efforts to save this population. Their actions, and the gratitude of their peers and government authorities, solidified their professional status in the context of profound changes to transnational humanitarianism after 1919.

Shushan Khachatryan, The Role of Religion in the Realization of the Armenian Genocide, Echmiadzin: Mother See of Holy Echmiadzin publishing house, 2020, 230 pp.

All works in the "International Journal of Armenian Genocide Studies" are licensed under a Creative Commons Attribution-NonCommercial 4.0 International License.